There are various types of social and mental health problems in any large emergency.

Most people affected by emergencies will experience distress (e.g. feelings of anxiety and sadness, hopelessness, difficulty sleeping, fatigue, irritability or anger and/or aches and pains).

This is normal and will for most people improve over time. However, the prevalence of common mental disorders such as depression and anxiety is expected to more than double in a humanitarian crisis.

The burden of mental disorders among conflict-affected populations is extremely high: WHO’s review of 129 studies in 39 countries showed that among people who have experienced war or other conflict in the previous 10 years, one in five people (22%) will have depression, anxiety, post-traumatic stress disorder, bipolar disorder or schizophrenia.

According to WHO’s review, the estimated prevalence of mental disorders among conflict- affected populations at any specific point in time (point prevalence) is 13% for mild forms of depression, anxiety, and post-traumatic stress disorder and 4% for moderate forms of these disorders. The estimated point prevalence for severe disorders (i.e. schizophrenia, bipolar disorder, severe depression, severe anxiety, and severe post-traumatic stress disorder) is 5%. It is estimated that one in 11 people (9%) living in a setting that has been exposed to conflict in the previous 10 years will have a moderate or severe mental disorder.

In conflict-affected settings, depression and anxiety increase with age. Depression is more common in women than in men.

People with severe mental disorders can be especially vulnerable during and after emergencies and they need access to basic needs and clinical care. A review published in 2014 of the health information system from 90 refugee camps across 15 low- and middle-income countries found that 41% of health care visits for mental, neurological and substance use disorders were for epilepsy/seizures, 23% for psychotic disorders, and 13% for moderate and severe forms of depression, anxiety or post-traumatic stress disorder.

WHO-endorsed interagency mental health and psychosocial support guidelines for an effective response to emergencies recommend services at a number of levels – from basic services to clinical care. Clinical care for mental health should be provided by or under the supervision of mental health specialists such as psychiatric nurses, psychologists or psychiatrists.

Community self-help and social support should be strengthened, for exampleby creating or re-establishing community groups in which members solve problems collaboratively and engage in activities such as  emergency relief or learning new skills, while ensuring the involvement of people who are vulnerable and marginalized, including people with mental disorders.

Psychological first aid offers first-line emotional and practical support to people experiencing acute distress due to a recent event and should be made available by field workers, including health staff, teachers or trained volunteers.

Psychological interventions (e.g. problem-solving interventions, group interpersonal therapy, interventions based on the principles of cognitive-behavioural therapy) for people impaired by prolonged distress should be offered by specialists or by trained and supervised community workers in the health and social sector.

Protecting and promoting the rights of people with severe mental health conditions and psychosocial disabilities is especially critical in humanitarian emergencies. This includes visiting, monitoring and supporting people at psychiatric facilities and residential homes.

Links and referral mechanisms need to be established between mental health specialists, general health-care providers, community-based support and other services (e.g. schools, social services and emergency relief services such as those providing food, water and housing/shelter).

Mental health is crucial to the overall social and economic recovery of individuals, societies, and countries after emergencies.

Global progress on mental health reform will happen more quickly if, during every crisis, efforts are initiated to convert the short-term increase in attention to mental health issues combined with a surge of aid, into momentum for long-term service development. Many countries have capitalized on emergency situations to build better mental health systems after crises.

In the Syrian Arab Republic, despite — or perhaps because of — the challenges presented by the ongoing conflict, mental health services and psychosocial support are becoming more widely available than ever before. Mental health and psychosocial support is now offered in primary and secondary health and social care facilities, through community and womens’ centers and through school-based programmes, in more than 12 Syrian cities located in governorates severely affected by the conflict. This contrasts with the situation before the conflict, when mental health care was mainly provided in mental hospitals in Aleppo and Damascus.

In Sri Lanka, during the immediate aftermath of the 2004 tsunami, mental health was a key priority. This led to a mental health system reform for which WHO supported the Government in major innovations to deal with the shortage of mental health human resources such as different cadres of dedicated mental health staff. As a result, 20 of the country’s 27 districts now have mental health services infrastructure, compared with only 10 before the tsunami.

When Typhoon Haiyan devastated the Philippines in 2013, there were only two facilities that provided basic mental health services and the number of people able to provide support was insufficient to meet the need. A major scale up of government mental health services was supported by WHO and partners. As a result, 100% of the Philippines general health facilities in the affected region now have staff who are trained in the management of mental disorders.

Mental health should also be a component of national disaster preparedness plans. WHO and the Pan-American Health Organization are supporting countries in the Caribbean sub-region of the Americas so that they will be able to provide adequate mental health and psychosocial support to people in need following hurricanes and other natural disasters.

WHO is the lead agency in providing technical advice on mental health in emergency situations. In 2019 WHO is operational on mental health in a range of countries and territories affected by large-scale emergencies such as Bangladesh, Iraq, Jordan, Lebanon, Nigeria, South Sudan, the Syrian Arab Republic, Turkey, Ukraine and the West Bank and Gaza Strip.

WHO co-chairs the IASC Reference Group on Mental Health and Psychosocial Support in Emergency Settings that provides advice and support to organizations working in emergencies.

The Organization works globally to ensure that the humanitarian mental health response is both coordinated and effective, and that following humanitarian emergencies, all efforts are made to build/rebuild mental health services for the long-term.

WHO’s advice and tools are used by most large international humanitarian organizations active in mental health. WHO and partners have published a range of practical tools and guidelines to meet the mental health needs of people affected by emergencies. 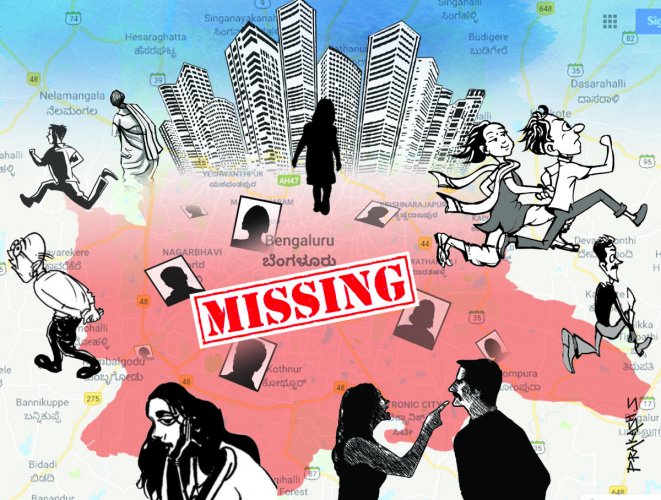 We want to help youLook for Your Missing Person

Be free to share relevant information like name of the person, age, last location/time of communication, address, picture, etc.
It is needed to help us help you.